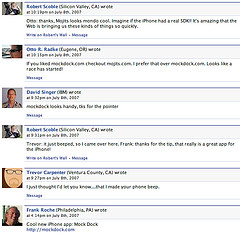 Social science once again uncovers what would have been obvious after a ten minute think and a cup of coffee: recent research indicates that, despite enabling you to connect with literally thousands of people, social networking sites rarely foster genuine friendships without the two parties actually meeting in meatspace too. To which, I imagine, the response of 90% of teenage MySpace and Facebook users would be “well, duh!” (or possibly O RLY?)

While this may initially seem like a shocking conclusion, what it actually highlights is the rapid shift of the use and meaning of the word “friend”. Perhaps the post-structuralists were right – will we evolve new words and meanings to cope with the greater number of relationship strata that an increasingly wired world will feature? [Image by Brain Solis]