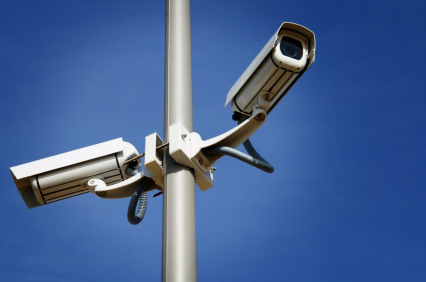 While the governments of the United States and Britain continue to deploy surveillance cameras at a startling pace, researchers in top universities and private laboratories are developing the next generation of surveillance technology.

The BBC recently published an article title “Big Brother is Watching Us All,” in which they highlight some of these new technologies:

Gait DNA, for example, is creating an individual code for the way I walk. [The] goal is to invent a system whereby a facial image can be matched to your gait, your height, your weight and other elements, so a computer will be able to identify instantly who you are.

And if being able to instantly identify an individual in a public crowd wasn’t enough, the same article reports on a tool under development that can look through walls and determine your emotional state:

Using radio waves, you point it a wall and it tells you if anyone is on the other side … and it turns out that the human body gives off such sensitive radio signals, that it can even pick up breathing and heart rates … “it will also show whether someone inside a house is looking to harm you, because if they are, their heart rate will be raised. And 10 years from now, the technology will be much smarter. We’ll scan a person with one of these things and tell what they’re actually thinking.”

With this level of surveillance available within a decade, I can imagine whole industries springing up that will protect an individual’s privacy while in public and private spaces.  This begs two questions.  One, will governments allow such privacy protection products and services? And two, if you try to protect your privacy, will this just engender more surveillance of you because the government will assume you have something to hide?

2 thoughts on “Future Surveillance Technology Can Tell How You Feel”