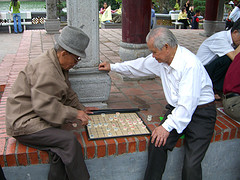 A lengthy study of nuns, priests and monks by a medical researcher in Chicago produced a stunning correlation between the conscientiousness of the person and the likelihood of dementia in later life. Conscientiousness was described as someone self-disciplined, scrupulous and dependable. Those that scored in the 90th percentile for conscientiousness in 1994 had 89% less chance of contracting Alzheimer’s than someone in the 10th percentile as well as less cognitive decline. The researcher’s hypothesis for the link is that determined and dependable people are more resilient and adaptable to change.

[via reuters, photo by triblondon]

4 thoughts on “Don’t want Alzheimer’s? Study says you might need to be a better person”