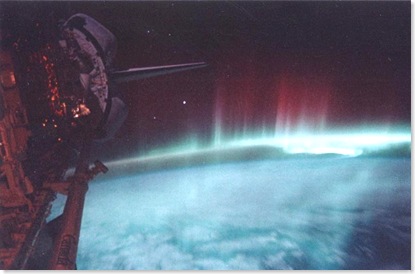 "Fuel? We won’t need no stinkin’ fuel for our spacecraft!" might be the motto of the Cornell Planetary Magnetic Fields Propulsion research team. Led by Dr. Mason Peck, the team envisions spacecraft that would be able to surf planetary magnetic fields, requiring little if any propellant. The effect to be harnessed, known as Lorentz forces, is small, so the spacecraft would likewise have to be small: imagine a swarm of millions of craft, each the size and mass of a single silicon wafer, gathering information, providing communications, or creating a distributed-aperture telescope kilometres in diameter. Such tiny, lightweight craft might even be perfect for the first trip to another star system. (Via Centauri Dreams.)

Hey, at 1/10th light speed, Proxima Centauri is only 43 years away… (Photo from NASA via Wikimedia Commons.)

2 thoughts on “Space travel without propellant”