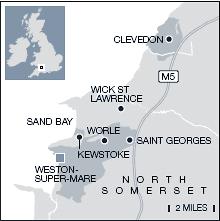 The Telegraph has an article today about the British coastline and flooding. A few days ago, a storm surge travelling down the North Sea nearly combined with high tides to overtop the flood defenses across much of the East coast of England. Another few inches could have caused widespread flooding similar to that experienced in 1953, when 300 people were killed. Today the UK government admitted rising sea levels mean a number of coastal communities will disappear within the next thirty years. Some low lying villages and farms in Norfolk, Suffolk and Somerset are too vulnerable and would be impossible to save without spending inordinate billions on sea defences. This is a discussion many governments will be having over the coming decade.

[via Daily Kos, image from the Telegraph]

4 thoughts on “Coastal villages may be abandoned to the sea”