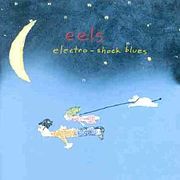 Hugh Everett was a quantum physicist. In 1957, as a 24 year old graduate student at Princeton, Everett produced a theory that there was a multiverse made up of many universes. In Quantum Physics a particle can be in two places at once, until it is observed (the famous Schrodinger’s Cat problem). Everett supposed that instead of the other option disappearing, the universe splits into two.

Nowadays the idea is fairly well accepted, with multiple universes popping up in science fiction like ‘Sliders’ and Ian McDonald’s excellent latest novel, ‘Brasyl’. Back when Everett first came up with it, the theory was widely ignored for two decades.

Recently, new tapes have been found of Everett talking about his theory in 1977. BBC found the tapes whilst making a documentary with Everett’s son, who also happens to be rather famous – Mark Everett is ‘E’, lead singer of eclectic indie band Eels. The documentary follows ‘E’ trying to understand better his father’s work. It premieres on BBC4 tonight.

[via the Guardian, image of Eels album cover via Wikipedia]