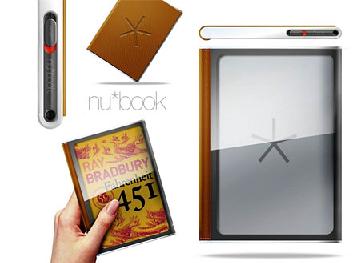 Amazon’s Kindle ereader received a rather lukewarm reception. Although some of the concerns related to the high price of both the gadget and the ebooks ($299 for the Kindle plus prices for books not much cheaper than the hard copies they replaced), a lot of vitriol was directed towards the rather clunky design, which resembled something out of the 70s version of Battlestar Galactica.

Over at ‘Industrial Design Supersite’ Core77, they are having a competition to design sketches of e-readers that might live up to the kind of design standard mp3 players have led us to expect. The competition is open to both computer and hand-drawn designs and is open until Tuesday. If you are interested in an ebook revolution, maybe you should enter your own idea. If not, you can still check out some of the interesting sketches so far.

[via Treehugger, image from the contest]