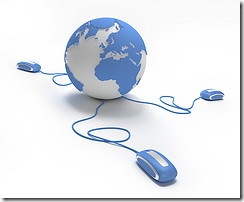 Richard Morgan, author of a number of excellent cyber-noir sf thrillers (the most recent being the excellent Black Man, or Thirteen as it was titled in the US) was asked by Index On Censorship Magazine to write an essay about the future of the internet, which is now available on his website. [Image by Meyshanworld]

If you’re familiar with Morgan’s books, you’ll know not to expect rose-tinted panglossian speculation from him. I’ll freely admit that I get carried away with techno-utopian visions from time to time, and it’s good to have writers with Morgan’s incisive intelligence to bring me down to earth:

“The future of the internet, then, is not going to be too much of a shock for anyone who knows much about human nature and whose eyes are open. In fact, regardless of the technical innovations that we may or may not see in the next few decades, virtual reality looks as if it’s going to conform pretty ordinarily to the existing human tendencies we so know and love.”

Go read! [Props to Ariel for the tip.]

One thought on “Richard Morgan on the future of the internet”