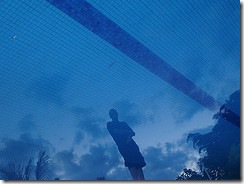 Science fiction is all about asking “what if?”. Singularitarian blogger Melanie Swann has come up with a hefty crop of questions that are as yet largely unasked by the authors who have chosen to write about post-Singularity societies:

“It could be interesting to look at how society redesigns and reorganizes itself in an upload world. Different subgroups may edit their utility functions in different ways. What are the reproduction norms? Do types of gender proliferate? Which memeplexes would arise and predominate? In the Post-Scarcity Economy, what will be societal organizing factors?”

Speculating slightly less far into the future (and, one assumes, with tongue more firmly in cheek), io9 wonders what the pros and cons would be of having a “Google implant” fitted to your brain:

“PRO: Ability to “remember” many details about a person or issue in the middle of a conversation, so that you can marshal facts quickly and check the accuracy of what other people are saying.

CON: The person you’re talking to could much more easily pretend to be somebody they are not by googling information and feigning expertise.”

That last one wouldn’t be so much of a CON as long as I had that ability too … which I would never use for nefarious purposes, naturally. Ahem. [Image by Felipe Venâncio]

But it raises another question – what place will expertise (as defined by memorised knowledge relating to a particular field of interest) have in a world of ubiquitous computing? Think Phil Dick’s “Variable Man”, but displaced into a knowledge economy …

4 thoughts on “The game of consequences”