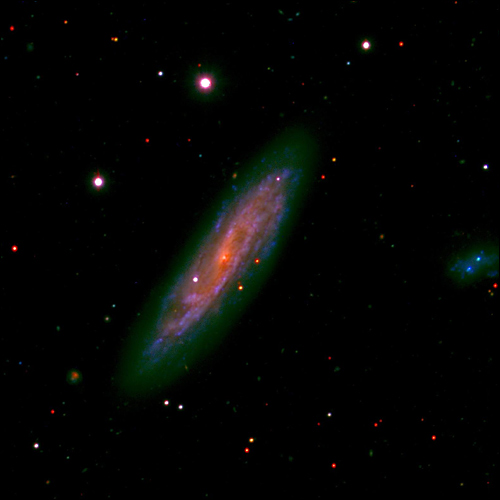 The Large Binocular Telescope in Arizona has ‘opened its eyes’ for the first time, marking one of the first in a new wave of high-tech astronomical devices to come online. The LBT combines two 8m mirrors working in tandem to take pictures of the sky in a wide range of wavelengths at resolutions higher than that of Hubble.

Another couple of new telescopes, Herschel and Planck, will come online this year following their launch into space in April. Laser Interferometer LISA, which measures the bending of space time, has been given the go ahead but won’t be ready for a decade. A spate of advanced telescopes are in planning and construction, taking advantage of the computer advances of the last decade to give more accurate and detailed pictures of the sky than ever before.

[story and image via BBC]