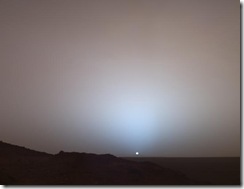 Here’s some science fictional theatre with a difference. Called Untitled Mars (This Title May Change), it’s a collaboration between Budapest’s Pont Muhley theatre ensemble and a team of research scientists who will be (literally) phoning in their performance, live via satellite from the Mars Desert Research Station in Utah. The production previews Tuesday, April 8, and opens Sunday, April 13, at Performance Space 122, 150 First Avenue at East 9th Street, New York. (Via Broadway World.)

Directed by Jay Scheib, it’s the first in a trilogy of live performance pieces collectively known as SimulatedCities/Simulated Systems. According to the press release:

Untitled Mars is a mind-bending excursion into an interplanetary future defined by Scheib’s signature multi-media aesthetic.  Rewriting fiction with reality, Untitled Mars caps a year of collaboration with an international team of Space industry visionaries, artists, and research scientists and students from Massachusetts Institute of Technology.

Is it possible to live on Mars?  Just ask people who are selling real estate on the Red Planet.  Going to Mars with a one-way ticket was out of the question years ago but how far away from that idea are we today?  Mars Analog Research Stations are working hard to learn how to live and work on another planet.  Are you ready to pick up and leave?  Scheib’s creation will be able to give you an idea.

Taking a cue from the space industry, Jay Scheib’s latest work pits hard Science against Philip K. Dick as interplanetary speculation runs amok, the indigenous population gets screwed, and a strange “anomalous” kid seems to hold all the answers.

Would you go to Mars knowing that you wouldn’t be coming back? Ever. The proposed one-way mission to colonize Mars continues to gain momentum, since its suggestion by the legendary Joe Gavin, former director of the Apollo Lunar Module Program. Through a series of cinéma-vérité portraits and an intense physical performance style, Untitled Mars  puts the scientists who are working to make life on the Red Planet a reality, side by side, with some of the fictions that have captured our imagination for over a century. Science vs. Fiction in this new work for six performers and a simulated Martian environment–a story about moving society to Mars–and what happens when we succeed…

So what will you see if you go? Your guess is as good as mine. But it ought to be interesting!