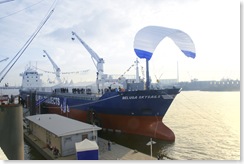 19 thoughts on “Skysail – a retrospective”