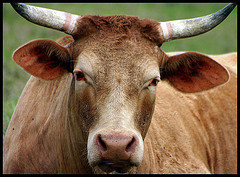 3 thoughts on “Meat futures redux – just leave the brains out”