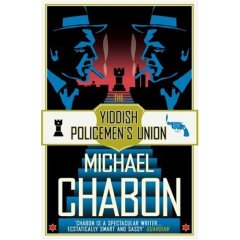 Over the weekend, the Nebula Awards Ceremony took place in Austin Texas. Hosted by the Science Fiction Writer’s Association of America (SFWA), the following excellent works from last year won the top prizes:

Personally I’m delighted to see Chabon and del Toro get recognised for their work. The Yiddish Policeman’s Union is a tremendously rich alternative history detailing a Jewish settlement in Sitka Alaska coming to the end of its 50 year lease.