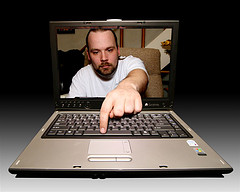 I expect the majority of Futurismic readers don’t really need an excuse to play computer games, but sometimes its nice to know that what looks like a waste of time is actually doing something productive – in this case, helping to develop artificial intelligence software. [via Roland Piquepaille] [image by Cayusa]

Computer scientist Luis von Ahn of Carnegie Mellon University (who was involved in the development of CAPTCHA tests, fact-fans!) has a website full of free-to-play GWAPs – “games with a purpose”. The purposes include building databases of image descriptions and collecting factual knowledge to improve image web searches and provide brain-food for artificial intelligences, respectively. The former one might sound familiar – Google licensed it as Google Image Labeler last year.