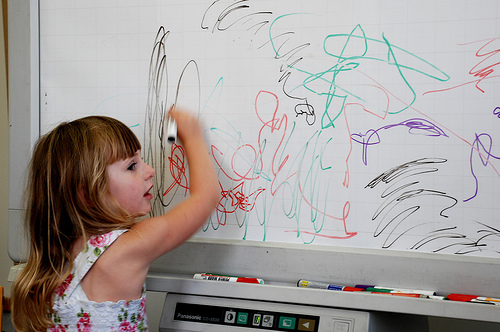 Israeli scientists have sliced electrons into “quasiparticles,” each with a quarter charge of the electron.

Although electrons are indivisible, if they are confined to a two-dimensional layer inside a semiconductor, chilled down to a fraction of a degree above absolute zero and exposed to a strong magnetic field that is perpendicular to the layer, they effectively behave as independent particles, called quasiparticles, with charges smaller than that of an electron.

Quasis have been known for 20 years, but they were “odd fractionally charged” — one third of an electron, one fifth, etc. The quarter-charges behave differently and may be useful for computing.

Those of us who have trouble wrapping our heads around quantum stuff might sympathize with astronomers, who, the New York Times tells us, are finding cosmology just as puzzling.

As far as astronomers can tell, there is no relation between dark matter, the particles, and dark energy other than the name, but you never know.

Nevertheless, string theorist Brian Greene, promoting the World Science Festival, reminds us of something most readers of this site would probably find a truism, but is probably a new idea to a lot of people:

We must embark on a cultural shift that places science in its rightful place alongside music, art and literature as an indispensable part of what makes life worth living.

[Ella Delivers Her Lecture on String Theory by Phillip C]

2 thoughts on “Got Change for an Electron?”