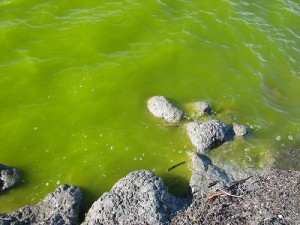 The scientific community eagerly watches the progress as Pheonix lander scours Mars. They are hoping that there will be signs that there was once a supply of water on the planet that would give evidence that there may have once been life on the planet. Most scientists seem to conclude, though, that data from the Opportunity indicates that the water was a toxic mix of salty water and minerals that would have been unsuitable for Earth-like lifeforms. [photo courtesy Kevin].

If this is true, then it changes a lot of our views of the Red Planet, making it a lot less viable as a possible location for colonies or population in the future. What was once seen as the new bastion of human existence when we ruin the planet we have now, may be nothing more than a dusty satellite orbiting the Sun. Who’s to say, though? We on Earth have such an egocentric view of our existence that it’s hard for us to imagine that there may be other possibilities of variant lifeforms in the universe that don’t operate as we do (i.e. – do all lifeforms really have to be carbon-based?).