I have already made my feelings clear on the impending scourge of carbon nanotubes. However it seems that my dire warnings are being ignored and hubristic scientists are continuing to portray these evil molecules as the world-saver I will continue to claim they are not: 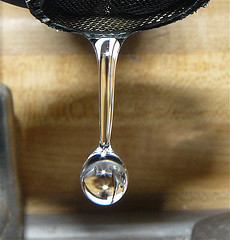 desalination. These membranes will some day be able to replace conventional membranes and greatly reduce energy use for desalination.

Oh the humanity! How can we stop the perfidious spread? I for one will refuse to drink any nanotube desalinated water for fear of impurification of my precious bodily fluids! &c [flickr image by cursedthing]