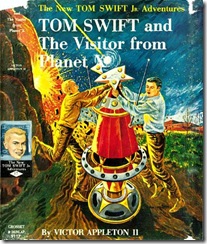 On her blog, author Jo Walton laments that:

I can’t write science fiction because I know both too much and not enough science.

I know too much to spout total crap and not care, and I don’t know enough to inherently get it right. So I can write it and be sort of right and I need to get it checked.

But getting it checked, she goes on to complain, slows her down so much that she can lose momentum and be unable to write the story at all:

The way I write, I inclue as I go along and plot develops as I go along and background develops out of that, and my understanding of the world develops (even if lots of it doesn’t end up on the page) and if half of what I think turns out to be wrong then it just gets to the point where it isn’t worth doing in the first place. The people who know science suggest alternatives that totally screw up what I wanted to do and why I wanted to do it, and I lose all confidence in it and decide I should stick to stuff I understand.

She then gives a specific example.

I know where she’s coming from: I got held up quite a bit on my most recent novel, Marseguro, while I tracked down the information I needed to ensure that my spaceship’s habitat ring rotated at the correct speed, given its diameter, to generate something approaching 1 G in the outermost layer–and that at the central core my characters could believably make the transition from non-rotating section to rotating section without getting their arms ripped off.

Non-SF writers never have to worry about stuff like that.

So: if you’re a writer, how much time do you devote to getting the science right, and if you’re a reader, how much accuracy do you demand? (Movies, of course, are a whole different kettle of fish where even non-SF films never get the physics right.)

11 thoughts on “How much science knowledge do you need to write science fiction?”