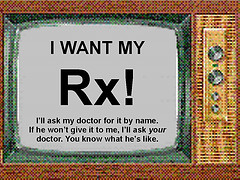 Somebody’s thinking went like this: Let’s test Chantix, a stop-smoking drug with possible side effects that include suicide and “neuropsychiatric behavior,” on Iraq war vets already suffering from post-traumatic stress disorder. What could possibly go wrong? Former US Army sniper James Elliott “snapped” months after he began taking the drug for $30 a month, left home with a loaded gun, and was stopped by police responding to a 911 call before he could do any harm.

It wasn’t until three weeks later that the Veterans Administration advised the veterans in the Chantix study that the drug may cause serious side effects, including “anxiety, nervousness, tension, depression, thoughts of suicide, and attempted and completed suicide.”