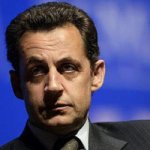 With France assuming the (rotating) presidency of the European Union, the BBC reports on a potential shift in European space policy;

President Nicolas Sarkozy‘s well-known admiration for all things American now extends to space exploration. Speaking to the BBC, a senior official involved in French space policy said that it was time to shake up the European Space Agency and make it more like the US space agency (NASA) by giving it a new, politically-led direction …

The official said that Europe was in danger of becoming redundant in global space terms and it needed an agency that followed a clear political agenda.

“The United States, Russia, China and Japan would not do what they do in space without a political motivation; Europe has only had a scientific motivation until now. So what we are saying is, let’s get the same chances as the others.

But while the BBC reads this shift in emphasis as from ‘scientific’ to ‘political’, the Financial Times focused on the small print – interpreting the announcement as a move towards a ‘military angle for space strategy’;

French ambitions range from setting up an EU spy satellite system to joining a manned US mission to Mars.

Paris wants to exploit synergies with existing civilian space projects. For example, Galileo, the €3.4bn ($5.4bn, £2.7bn) rival to the UScontrolled global positioning system, is classed as a transport project, although it could be used for military operations.

Hmm. The European Space Agency’s most recent press release on Gallileo mentions nothing of military applications, focusing instead on the five civilian services;

Now, why does this make me uneasy?*

[ * Only kidding – I’m a total Galileo fanboy. Of course, if Sarkozy were a Doctor Who / Bond villain, Bruce Sterling’s obsession with said Gallic premier could be explained as the result of some kind of sinister mind control laser… ]