There has been another development in the ongoing effort to map the human brain. Using a new technique called diffusion tensor imaging, scientists at Indiana University have created the first high resolution map of the human cortical network:

Diffusion imaging is a new twist on MRI that uses magnetic resonance signals to track the movement of water molecules in the brain. In gray matter, water tends to diffuse multidirectionally. But in white matter, it diffuses along the length of neural wires, called axons, and scientists can use these diffusion measurements to map the fibers. 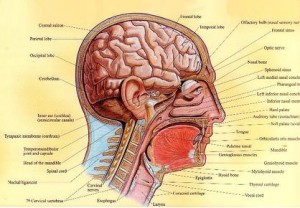 An intriguing discovery is that of a “core” area – so called by cognitive neuroscientist Olaf Sporns – of highly interconnected neurons near the back of the head:

The node lies on the shortest path between many different parts of the neural network. “It’s highly connected amongst itself, but also highly central with respect to the rest of the brain,” says Sporns. “Network studies in other fields, from the Internet to protein interaction networks, suggest that these kinds of highly connected nodes tend to be very important for determining what the network does as a whole.”

It’s interesting how research in diverse areas of science can inform each other: such that studies of the behaviour of networks, or waves, or mathematical ratios, can crop up again and again.

[story via Technology Review][image from Mikey G Ottowa on flickr]