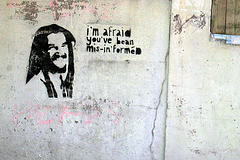 A body of studies promises to explain a lot. In politics, people are willing to believe misinformation that reinforces their beliefs. And correcting misinformation sometimes seems to reinforce it.  Examples exist from both major U.S. parties, so let’s pick on the Democrats for a change:

[Yale poli-scientist John] Bullock found a similar effect when it came to misinformation about abuses at the U.S. detention facility at Guantanamo Bay, Cuba. Volunteers were shown a Newsweek report that suggested a Koran had been flushed down a toilet, followed by a retraction by the magazine. Where 56 percent of Democrats had disapproved of detainee treatment before they were misinformed about the Koran incident, 78 percent disapproved afterward. Upon hearing the refutation, Democratic disapproval dropped back only to 68 percent — showing that misinformation continued to affect the attitudes of Democrats even after they knew the information was false.