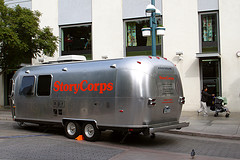 In support for the idea that stories act as practice for real life are imaging studies that reveal similar brain ac­tivity during viewings of real people and animated cha­racters. In 2007 [Raymond A. Mar, assistant professor of psychology at York University in Toronto] conducted a study using Waking Life, a 2001 film in which live footage of actors was traced so that the characters appear to be animated drawings. Mar used functional magnetic resonance imaging to scan volunteers’ brains as they watched matching footage of the real actors and the corresponding animated characters. During the real footage, brain activity spiked strongly in the superior temporal sulcus and the temporoparietal junction, areas associated with processing biological motion. The same areas lit up to a lesser extent for the animated footage. “This difference in brain activation could be how we distinguish between fantasy and reality,” Mar says.