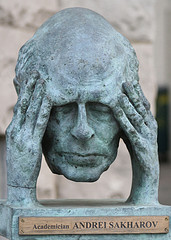 We had a lively (but civil!) discussion about the psychology of political choices last week.  So how about physiology?  Science published a report suggesting that people who respond most strongly to disturbing images seem to have political views that most people would call conservative.  The test used gadgets to measure skin moisture and blink intensity. Pictures included a big spider on a face and a guy covered with blood.

Yes, I’m skeptical too.  The subjects were Nebraskans, residents of one of the more conservative of these United States in terms of voting. And if you showed this arachnophobic left-leaning blogger some of those disturbing images he’d cry like — well, like a Wall Street banker, this week.

Meanwhile, in another poli-sci story: When vice-presidential candidate Sarah Palin’s email was easily hacked and screen-shots pasted all over the internets, she and her supporters immediately called for a repeal of the Patriot Act and warrantless surveillance, because now they know what it feels like to have their privacy invaded without warning and for no good reason.  Civil liberties enjoyed a resurgence in the U.S., and …

Sorry.  Dreaming on the job.

And just to confirm that, as The Posies sing, everybody is a frakking liar (video):

The world’s largest particle collider malfunctioned within hours of its launch to great fanfare, but its operator didn’t report the problem for a week.