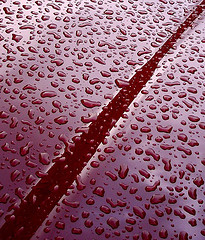 Kevin Kelly has an interesting comment on the technological singularity, vis a vis the assumption that given a sufficiently powerful digital computer you can accurately model the entire universe without needing correction from empirical “real world” evidence:

The notion of an instant Singularity rests upon the misguided idea that intelligence alone can solve problems.

As an essay called Why Work Toward the Singularity lets slip: “Even humans could probably solve those difficulties given hundreds of years to think about it.”

In this approach one only has to think about problems smartly enough to solve them.  I call that “thinkism.”

No amount of thinkism will discover how the cell ages, or how telomeres fall off. No intelligence, no matter how super duper, can figure out how human body works simply by reading all the known scientific literature in the world and then contemplating it.

Kelly points out that AIs should be “embodied in the world.” Other topics to consider are the impact of non-human-intelligences, based on genetic algorithms, improved data-mining methods, and evolution-based design (video link, via BoingBoing). These kinds of non-human intelligences will have/have already had profound effects.

5 thoughts on “The perils of “thinkism””