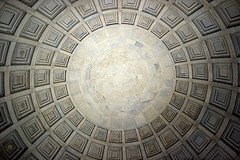 Quite old, but still relevant, here is an exerpt from a brief comment by author Ken MacLeod on the “new enlightenment” and the divisive debate surrounding global warming and environmentalism:

In science fiction, the key challenge is thinking about questions of the future. Some of the tools we have for thinking are broken or blunted. The climate change issue is a good example.

It’s difficult for the informed lay person even to decide if there’s a problem or not. The difficulty lies not in the complexity of the science, but in the subversion of the institutions of science, communication and democracy.

The role of the interest groups involved, whether it’s the energy corporations or the environmental campaigners, has been to accuse the other side of doing what the other side accuses them of doing – namely, subversion.

MacLeod may not be a climatologist but he makes a good point about the basic nature of the argument.

One thought on “Ken MacLeod on the New Enlightenment”