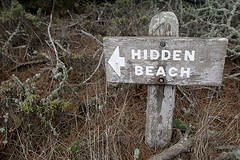 Christopher Moore said somewhere that irony isn’t just a literary device, but a basic property of the universe. [citation needed] If so, that might explain why some psychologists think human beings are hardwired with a sense of irony. Psychologist Penny M. Pexman of the University of Calgary in Alberta…

…trained kids to associate niceness with a smiling yellow duck and meanness with a snarling gray shark. Then they watched puppet shows, in which the puppets made both sarcastic and literal remarks. Rather than asking the kids to interpret the remarks, she tracked their eye gaze, to see whether they shifted their attention ever so slightly toward the shark or the duck after a particular remark….

If kids were indeed processing every sentence as literally true to begin with, then their eyes would reveal that. That is, they would look automatically at the duck on hearing “Well, that’s just great.” But they did not. When that sentence was used ironically, their eyes went immediately to the mean shark. The irony required no laborious cognitive crunching. They processed the insincerity as rapidly as they processed the basic meaning of the words.

3 thoughts on “This post on irony is really wonderful”