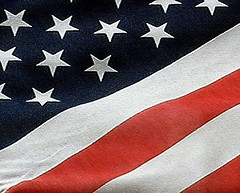 A fascinating article at Salon.com on whether the election of Barack Obama represents the beginning of a new segment of American history, within the context of the Three Republics model:

The First Republic, which began with George Washington, ended with James Buchanan, a hapless president who refused to act as the South seceded after Lincoln’s election.

The Second Republic, which began with Abraham Lincoln, ended with the well-meaning but reviled and ineffectual Herbert Hoover.

The Third Republic, founded by Franklin Roosevelt, came to a miserable end under the pathetic George W. Bush.

Unlike most of the hyperbolic editorials I’ve read on Obama’s victory this one gives a technological and economic historical context:

…what causes these cycles of reform and backlash in American politics? I believe they are linked indirectly to stages of technological and economic development.

Lincoln’s Second American Republic marked a transition from an agrarian economy to one based on the technologies of the first industrial revolution — coal-fired steam engines and railroads.

Roosevelt’s Third American Republic was built with the tools of the second industrial revolution — electricity and internal combustion engines. It remains to be seen what energy sources — nuclear? Solar? Clean coal? — and what technologies — nanotechnology? Photonics? Biotech– will be the basis of the next American economy.

This presents an interesting historical framework to the United States. As to whether it’s true, only time will tell.