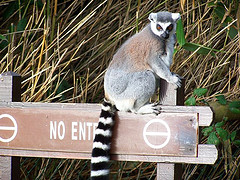 Chris Anderson’s ‘Long Tail‘ theory of online economics gained traction with great rapidity, but gathered its fair share of detractors along the way. Hence when a group of economists examined some different data and found a different distribution, there was much snarking:

This really isn’t the upbeat fairy tale message Anderson has spent four years selling on the conference circuit. However, as he took his “message” to Davos and beyond, the Long Tail has gradually developed into a ‘Policy Based Evidence Making’.

Ouch. Anderson’s not giving up just yet, though:

Unfortunately, Page didn’t send me the data or reveal its source, so we may not be able to answer these questions. He’s a good economist, so I’m sure his analysis is excellent. But without knowing where the data came from, we really have no way of knowing whether he’s discovered anything about music demand broadly, or has just been reminded once again that some music markets, such as mobile, don’t work very well.

Anderson also points to a post at Hitwise which suggests that – in the business of search, at least – the Long Tail is alive and well.

So, is the future of business in “selling less of more”? Who knows – as with most predictions about the future, those of us who aren’t economists will just have to wait and see. [image by benoutram]

4 thoughts on “Yanking on the Long Tail”