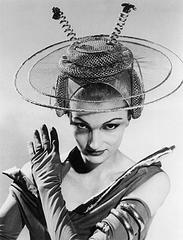 Every year since 1985 the editors of the Futurist magazine have selected their top ten predictions for the future:

1. Everything you say and do will be recorded by 2030. By the late 2010s, ubiquitous, unseen nanodevices will provide seamless communication and surveillance among all people everywhere. Humans will have nanoimplants, facilitating interaction in an omnipresent network.