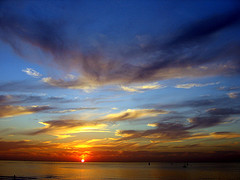 6 thoughts on “Mind bending discussion of life, the universe, and everything”