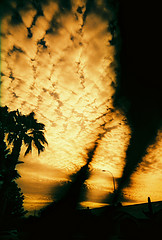 Environmentalist and activist George Monbiot is unimpressed by the the British Committee on Climate Change’s latest report, entitled Building a Low Carbon Economy, claiming it doesn’t go far enough in what it demands:

[The] report, published yesterday, is long, detailed and impressive. It has the admirable objective of trying to cap global warming at two degrees or a little more. This, it says, means that greenhouse gas pollution in the UK should fall by 80% by 2050 and by 31% by 2020.

But there’s a problem. There is no longer any likely relationship between an 80% cut and two degrees of warming. This gets a little complicated, but please bear with me while I explain why [the report’s] proposal is about as likely to stop runaway climate change as the Maginot Line was to hold back the Luftwaffe.

The key findings and suggestions of the report are summarised here. Monbiot believes further action than is suggested in the report is necessary, including raising the top rate vehicle excise duty from £400 to £3000, and reducing the number of airline landing slots in the UK to 5% of current capacity.
[image from kevindooley on flickr]