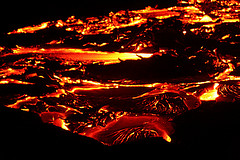 We’ve had magnetic memory, semiconductor memory, and memristors: now we have thermal memory with the attendent field of study phononics:

In the current study, Wang and Li take the field of phononics one step further and show the feasibility of a thermal memory that can store data with heat. The scientists predict that such a heat memory could be experimentally realized in the foreseeable future with rapidly advancing nanotechnology. Their work is published in a recent issue of Physical Review Letters.

It seems that just about anything can be turned into a computer or computer component.