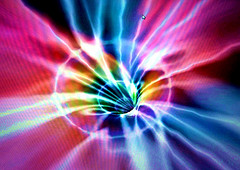 Neurocosmetics has yet to take off in the backstreets of Birmingham, but is likely to change everything, at least according to Marcel Kinsbourne in his Edge question answer:

Not only are the targeted symptoms often relieved; there have been profound changes in personality, although the prior personality was not abnormal.

A patient of lifelong somber disposition may not only be relieved of obsessions, but also shift to a cheerful mood, the instant the current is switched on (and revert to his prior subdued self, the instant it is switched off). The half empty glass temporarily becomes the glass that is half full. The brain seems not entirely to respect our conventional sharp distinction between what is normal and what is not.

Paging Larry Niven, Arthur C. Clarke, Iain Banks, Greg Egan et al – but how will society change when people are free to choose their personalities at a whim?

In fact, could that be the solution to the Fermi Paradox? Could it be that all technological civilizations advance to the point where they develop a technique for inducing whatever their alien equivalent of permanent happiness is and then stop developing?

If you can track down a copy Arthur C. Clarke’s The Lion of Comarre deals with a similarly themed subject rather well.