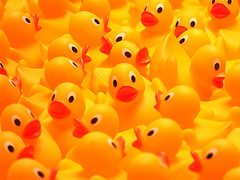 It’s always irritated me when the media runs a story about how standards in science education are falling and illustrate this by asking members of the Great British public a bunch of science-based trivia questions.

My beef with this habit is that science isn’t just about facts. It’s about the scientific method. It’s about a way of looking at and thinking about the world. It’s about empiricism, logic, rationality, trial and error, and being aware of your own limitations and biases.

Facts are fine, but it’s a mistake for anyone to identify science purely with fact-based knowledge.

This particular bugbear of mine has found some support with this study, which concludes (among other things) the importance of developing scientific reasoning skills alongside scientific knowledge:

Researchers tested nearly 6,000 students majoring in science and engineering at seven universities — four in the United States and three in China. Chinese students greatly outperformed American students on factual knowledge of physics — averaging 90 percent on one test, versus the American students’ 50 percent, for example.

But in a test of science reasoning, both groups averaged around 75 percent — not a very high score, especially for students hoping to major in science or engineering.

FWIW I think inquiry-based learning should become it’s own subject in the same way physics, chemistry, and maths already are.

And since so many of the problems the world faces are interpreted through the prism of scientific thought it would be a Good Thing if the true nature of science were more generally understood.

[from Physorg][image from Gaetan Lee on flickr] [Also what does this have to do with SF? Who can say! Peace.][30/01/2009: Small edit – adding BBC News link to science video quiz]