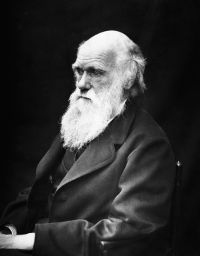 7 thoughts on “Darwin as a religious icon”