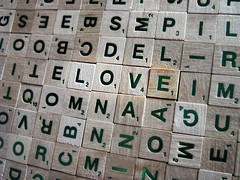 Linguists at the University of Reading have developed a computer model of the development of the English language:

Reading University researchers claim “I”, “we”, “two” and “three” are among the most ancient, dating back tens of thousands of years.

Their computer model analyses the rate of change of words in English and the languages that share a common heritage.

The team says it can predict which words are likely to become extinct – citing “squeeze”, “guts”, “stick” and “bad” as probable first casualties.

This reminds me of another exploration of the future of language.

[at BBC News][image from AYUMi ~ PHOTOGRAPHY]

3 thoughts on “What English words are dying out?”