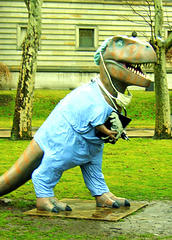 Like restaurants and hair stylists, doctors now have to face the public, in the form of reviews posted on the Internet. Some are trying to get patients to sign promises not to post negative comments — or any comments at all. It’s even spawned at least one new business: Medical Justice, in Greensboro, North Carolina, sells a standard waiver agreement.

It seems like swimming upstream in the Internet age, but let’s do some point/counterpoint:

Some sites “are little more than tabloid journalism without much interest in constructively improving practices,” and their sniping comments can unfairly ruin a doctor’s reputation, [Medical Justice founder Dr. Jeffrey] Segal said….

John Swapceinski, co-founder of RateMDs.com, said that in recent months, six doctors have asked him to remove negative online comments based on patients’ signed waivers. He has refused. “They’re basically forcing the patients to choose between health care and their First Amendment rights, and I really find that repulsive.”…

“Are there bad doctors out there? Absolutely, but this is not a good way to figure it out,” [Chicago gynecologist Lauren] Streicher said.

Review sites will only continue to increase in popularity—though potential customers should always take what they read online with a grain of salt. Instead of fighting the trend, doctors need to embrace the new reality and maybe even use the reviews as an opportunity to improve themselves.

One thought on “Doctor, my nays: Physicians strike back at online reviews”