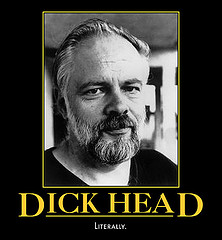 The Guardian reports that the U.S. government is looking for a way to spot evildoers by scanning for “physiological abnormalities.” A call for proposals says:

Sounds more than a bit like the Voight-Kampff replicant-detector test from Blade Runner (it was Philip K. Dick’s idea, Guardian, not Ridley Scott’s). The reporter adds an appropriate note of skepticism:

I wonder how often a system might raise a false alarm, since a lot of people are pretty stressed going through airports even when they’re not up to anything mischievous.

2 thoughts on “Pupil-dilation stress-scanner: You’re walking through an airport…you come across a tortoise…”