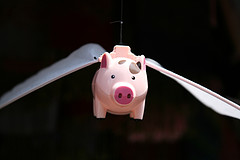 One thought on “Swine flu – panic, precautions and practicalities”