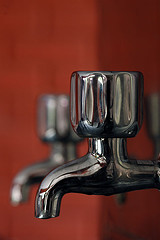 One thought on “Better living through chemistry – lithium, for a saner society”