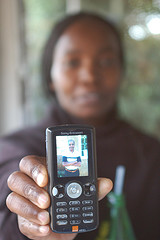 If there’s been one good thing to come out of the global financial shitstorm, it’s that all of a sudden we’re looking afresh at established institutions and questioning whether, actually, there aren’t much better ways we could be doing things.

Point in case: mobile peer-to-peer banking, which is going gangbusters in parts of Africa but has yet to make much of a splash beyond that continent. The Guardian‘s Victor Keegan takes a closer look, and wonders whether it might be the key to saving the UK’s continually beleagured, semi-nationalised and utterly mismanaged postal service:

If you want to see pioneering experiments in banking you will have to go to a surprising place – Africa. And the question is, why can’t we do the same here? If the Post Office is looking for a new role, it need look no farther. In Kenya, customers of M-Pesa can send money to each other from around the country in 14 seconds flat using their mobiles. In the UK it takes three days, thereby endowing the banks with a huge float of money in transit on which they can earn interest. In Kenya, people leave their money at a trusted outlet such as a shop or pharmacy, where it is loaded into their sim cards.

At a Forum Oxford future technologies conference at the weekend we were updated on the startling success of the operation. It is reckoned that 17% of the Kenyan population is on M-Pesa. As a result they don’t need to carry cash any more, as everything from a can of Coke to your funeral can be paid for by phone. It works because the cash is held centrally by the bank, thereby enabling transactions to take place at very fast speeds. The average transaction is $30 (£20) because people trust it to do big ticket items.

Of course, there is always PayPal (which offers a mobile-linked transfer system as well), but finding a business that will accept PayPal that isn’t internet based is a big challenge. So, why hasn’t the idea caught on in more developed nations? [image by whiteafrican]

Maybe it is because we are not used to the idea of technology transfer coming from poorer to richer nations that industrialised nations have been so slow to realise not only that Africa is leading the world in mobile banking, but that it has big lessons for us.

Call me cynical (O RLY?), but I suspect it has a lot more to do with the fact that banks have no need to sell their services to us in a manner that emphasises our convenience, because our lives are so inextricably entangled in their profit generation systems already. Just like a drug dealer, they like to keep you waiting so as to remind you whose bitch you are…

One thought on “Why hasn’t mobile banking spread out from Africa?”