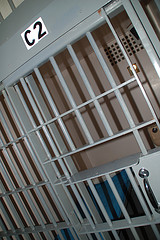 4 thoughts on “Dutch prisons to close; not enough inmates”