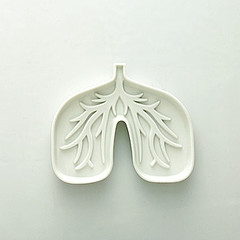 Briefly overcoming my kneejerk hatred of articles with the phrase “[x]-on-a-chip” in their headline, here’s a New Scientist article about a new development that could eradicate the need for lab rats in toxicology experiments. The basic idea: grow little spheres of lung tissue on a silicon substrate, enabling you to run multiple tests at once.

While the ethics of animal testing are a contributing factor here, there’s also a significant element of practicality:

… the European Union’s REACH regulations require about 30,000 chemicals to be tested for toxicity over the next decade. Yet testing the effects of inhaling a single dose of a particular chemical typically requires more than 200 rats, while testing the chronic effects of breathing it in over time can take more than 3000. Meanwhile the EU Cosmetics Directive – which covers items from deodorants and perfume to air-fresheners – seeks to ban all tests of cosmetics on animals by 2013.

The obvious alternative is to test chemicals on human cells grown in the lab. The difficulty, however, lies in enticing those cells to form complex tissue that responds as our organs do.

That difficulty hasn’t yet been overcome, but this project and others like it suggest that it’s far from insurmountable. Given the collosal advances in computer modelling in recent years, though, I wonder whether these artificial test organs will be in use for long before being superceded by software – which would not only be ethically sound but presumably much faster as well. [image by bbaunach]