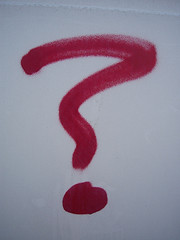 5 thoughts on “Hairy goo invading from the Arctic”