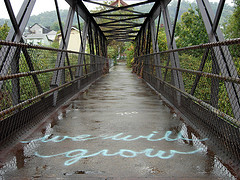 2 thoughts on “The future is local: Braddock, Pennsylvania”