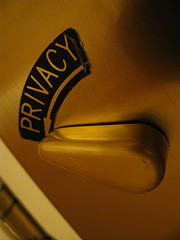 2 thoughts on “The half-life of data: bug or feature?”