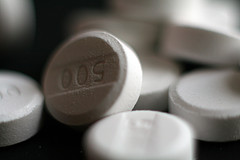 One thought on “Designer drugs develop faster than designer legislation”