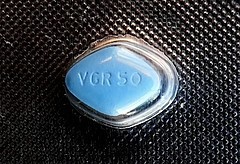 6 thoughts on “Flibanserin: Viagra for ladies?”